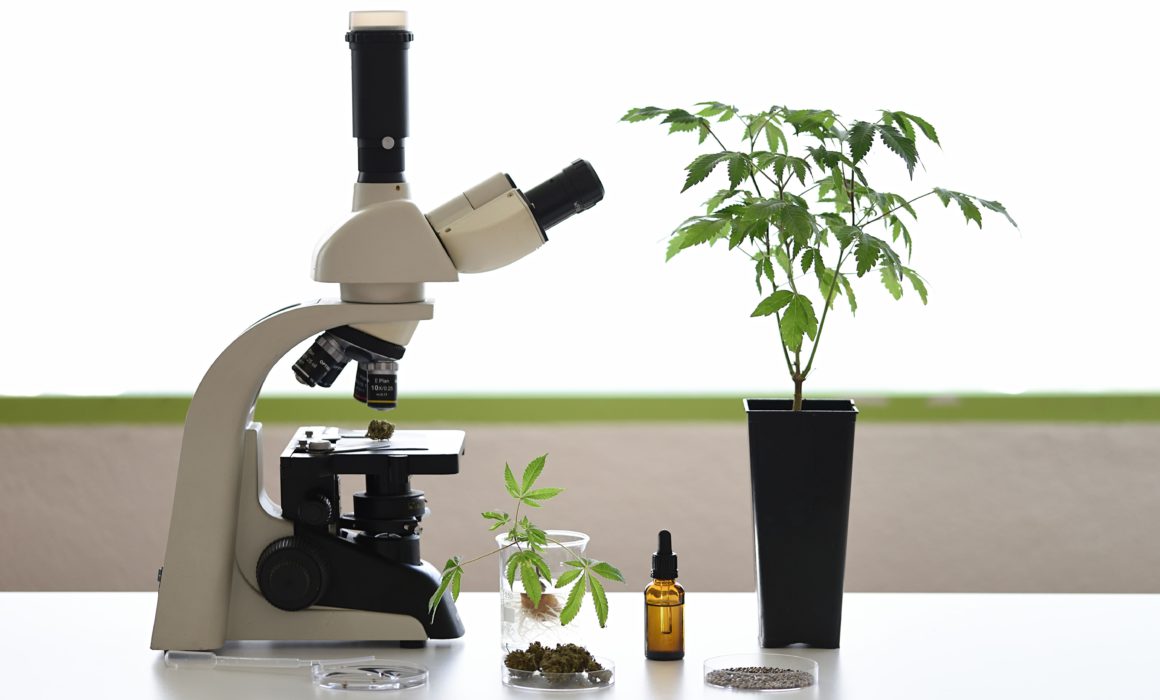 CBD is considered one of the most prominent compounds derived from the cannabis plant. It has become a significant trend in the cannabis industry and the food, health, wellness industry, and even cosmetic products. There are 113 cannabinoids found in the hemp and cannabis plant; however, the two primary cannabinoids are tetrahydrocannabinol (THC) and cannabidiol (CBD). Hemp and marijuana both belong to the same genus, i.e., Cannabis Sativa.

What is Endocannabinoid System? 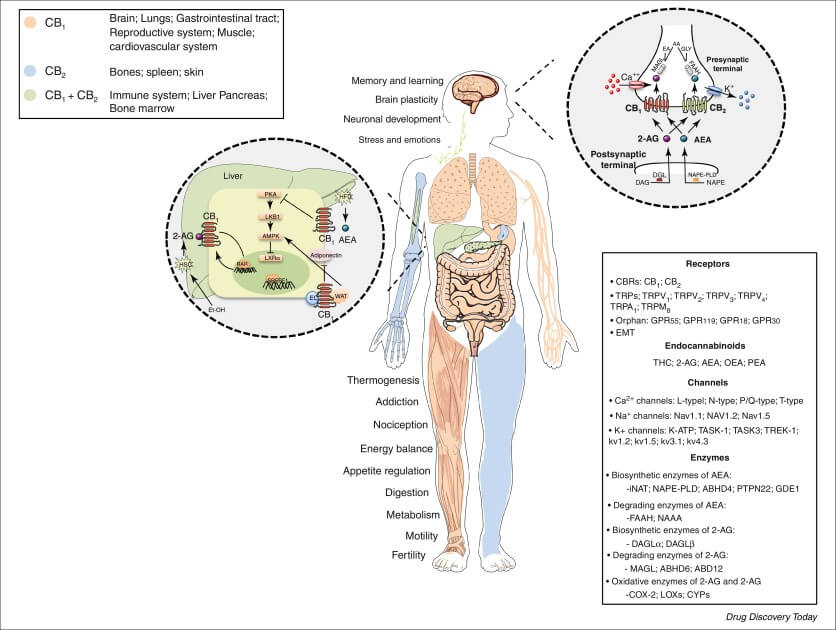 The Endocannabinoid System (ECS) was found in 1992 by a small group of researchers who coincidentally found an unknown, molecular signaling system inside the human body. The ECS helps regulate a broad range of biological and physiological processes that includes appetite, digestion, pain- sensation, irritation, sleep, stress, and memory. The main objective of the ECS is consistently something very similar – homeostasis, as it is plainly the bridge between the body and the brain.

Every individual has an endocannabinoid system. The ECS is further divided into three parts.

Cannabinoid receptors are found all through the human body. Endocannabinoids bind with these receptors, which signals the ECS to take action.

These enzymes help in the breakdown of endocannabinoids after they complete their function. Like the phytocannabinoids produced by the cannabis plant (THC, CBD, and so on), the mammalian body naturally produces cannabinoids (or endocannabinoids). Researchers have recognized various endocannabinoids. However, the two prominent ones are anandamide (AEA) and 2-arachidonoylglyerol (2-AG).

Anandamide (AEA) also known as a bliss molecule is a neurotransmitter that interacts with the cannabinoid receptors of the body. EA’s capacity to bind with both CB1 and CB2 receptors significantly influence a bunch of physiological processes, including appetite stimulation, mood swings, pain management, and fertility.

Arachidonoylglyerol (2-AG) is present in the central nervous system at high levels. It binds and activates the CB1 receptor and CB2 receptor. Restoratively, 2-AG has appeared to have promising analgesic and antiemetic and antiemetic properties. Both AEA and 2-AG are made on-demand, depending on the situation.

What does the ECS do?

When an imbalance is detected, the Endocannabinoid System synthesizes endocannabinoids that thus communicate with cannabinoid receptors. This prompts a compound reaction to return the physiological cycle to homeostasis. However, in some cases, there is a glitch in ECS signaling. This condition is known as Clinical Endocannabinoid Deficiency (CECD). There is no explanation regarding the occurrence of this condition.

However, the ECS is not only affected by endocannabinoids. It can likewise synthesize plant-based cannabinoids (phytocannabinoids) like THC and CBD. This implies that case if we experience an endocannabinoid deficiency, it can be cured by using the phytocannabinoids like THC, CBD, CBN, CBG, and so on. Besides, the efficacy of cannabis increases when overwhelmed by other plant-based molecules like terpenes and flavonoids. Research shows that cannabinoids have a synergistic relationship with terpenes and flavonoids, which means their joined helpful impact is more prominent than the number of their parts.

CBD, a fantastic cannabinoid, comes with a ton of health benefits. CBD works in healing numerous diseases by interacting with the body and brain through the endocannabinoid system.

How To Vape CBD Isolate

How To Make THC Hard Candy

What To Know About CBD E-Liquid